Trending
You are at:Home»365 DAYS-OF-HISTORY»February 9 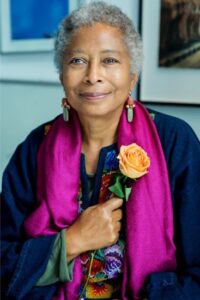 February 9, 1944 Alice Malsenior Walker, author, was born in Eatonton, Georgia. Walker earned her Bachelor of Arts degree from Sarah Lawrence College in 1965 and returned to the South where she became involved with voter registration drives, campaigns for welfare rights, and children’s programs in Mississippi. Walker’s first book of poetry was published while she was a senior in college. Her first two novels were “The Third Life of Grange Copeland” (1970) and “Meridian” (1976). Her third novel and best known work, “The Color Purple,” was published in 1982 and won the Pulitzer Prize for Fiction making Walker the first black woman to win that prize. She also was the first black woman to win the National Book Award. Walker has written several other novels, including “The Temple of My Familiar” (1989) and “Possessing the Secret of Joy” (1992). Walker has also published several non-fiction books, including “In Search of Our Mother’s Gardens: Womanist Prose” (1983) and “Overcoming Speechlessness” (2010). In 2006, Walker was inducted into the California Hall of Fame.