Trending
You are at:Home»365 DAYS-OF-HISTORY»February 27 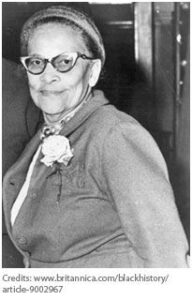 February 27, 1890 Mabel Keaton Stauper, a leader in breaking down racial barriers in nursing, was born in Barbados, West Indies. Stauper and her family immigrated to Washington, D.C. when she was 13. In 1917, she graduated from Freedmen’s Hospital School of Nursing and in 1920 helped two physicians establish the first hospital in Harlem to treat blacks with tuberculosis.

In 1934, Stauper became executive secretary of the National Association of Colored Graduate Nurses and over the next 12 years increased membership, established a citizen advisory committee, built coalitions with other medical groups, and dismantled many racial barriers, including integrating the Armed Forces Nurse Corps in 1945 and the American Nurses Association in 1948.

Stauper earned many honors, including the NAACP Spingarn Medal in 1951. In 1961, she published her autobiography, “No Time for Prejudice: A Story of the Integration of Negroes in Nursing in the United States.” Stauper died November 29, 1989.