Trending
You are at:Home»365 DAYS-OF-HISTORY»February 24 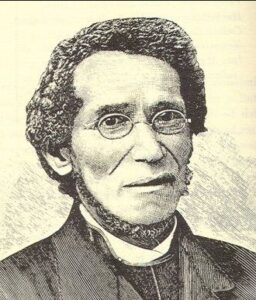 February 24, 1811 Daniel Alexander Payne, clergyman, educator, college administrator, and author, was born in Charleston, South Carolina. While studying at home, Payne taught himself mathematics, physical science, and classical languages. In 1829, he opened his first school which he was forced to close in 1835 after South Carolina enacted a law making teaching literacy to free and enslaved people of color subject to imprisonment. In 1840, Payne joined the African Methodist Episcopal Church and in 1852 was elected a bishop.

In 1856, Payne was a founding member of the board of directors of Wilberforce University which was sponsored by the AME denomination to provide collegiate education to African Americans. Payne served as president of the university from 1865 to 1877. Payne authored his memoir, “Recollections of Seventy Years,” in 1888 and “The History of the A. M. E. Church” in 1891. Payne died November 2, 1893. Daniel Payne College, a historically black college in Alabama that closed in 1979, was named in his honor. Payne Theological Seminary in Wilberforce, Ohio is also named in his honor.