Trending
You are at:Home»365 DAYS-OF-HISTORY»February 17 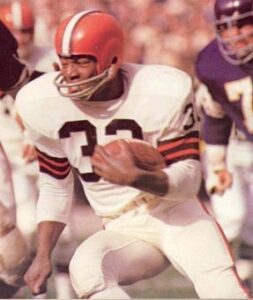 February 17, 1936 James Nathaniel “Jim” Brown, hall of fame football player and actor, was born in St. Simons Island, Georgia. Brown earned his Bachelor of Arts degree from Syracuse University in 1957 and also excelled in basketball, track, lacrosse, and football. In his senior year, he was first-team All-American in both football and lacrosse. Brown was selected in the 1957 NFL draft by the Cleveland Browns and over his nine season professional career was a nine-time Pro Bowl selection and three-time NFL Most Valuable Player.