Trending
You are at:Home»365 DAYS-OF-HISTORY»February 11 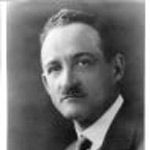 February 11, 1871 Edward Christopher Williams, the first African American professional librarian in the United States and author, was born in Cleveland, Ohio. Williams earned his Bachelor of Arts degree in 1892 from Adelbert College of Western Reserve University. After graduating, he was appointed assistant librarian at Hatch Library at WRU and two years later was promoted to librarian, a position he held until 1909. In 1898, he earned his master’s degree in librarianship at New York State Library. In 1909, Williams was appointed principal of M Street High School (Dunbar High School) in Washington, D.C. He served there until 1916 when he was appointed head librarian of Howard University, a position he held for 13 years. He also served as professor of bibliography and instructor of German language. Williams was also proficient in French, Italian, and Spanish. Williams was a founding member of the Ohio Library Association and served as secretary in 1904. He also served as vice president of the New York Library School Association that year. He also authored and translated many articles, poems, and short stories. Williams died December 24, 1929.