Trending
You are at:Home»365 DAYS-OF-HISTORY»February 1 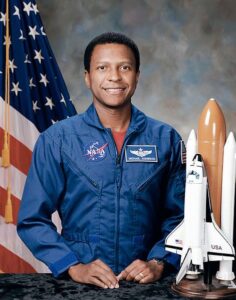 February 1, 2003 , NASA astronaut, Michael P. Anderson was killed along with the rest of the crew of STS-107 Columbia when the craft disintegrated after reentry into the earth’s atmosphere. Anderson was born December 25, 1959 in Plattsburgh, New York. He earned his Bachelor of Science degree in physics and astronomy from the University of Washington in 1981 and was commissioned a second lieutenant in the United States Air Force. After graduating from Undergraduate Pilot Training, he was assigned to the 2nd Airborne Command and Control Squadron as an EC 135 pilot.

He logged over 3,000 hours in various models of aircraft. Anderson earned his Master of Science degree in physics in 1990 from Creighton University and was selected for training by the National Aeronautics and Space Administration in 1994. After completing training, he was qualified for flight crew assignment as a mission specialist. Anderson was a member of the crew for STS-89 Endeavour in 1998 which logged 211 hours in space. In total, he logged 593 hours in space. A number of things are named in Anderson’s honor, including Anderson Elementary School on Fairchild Air Force Base outside of Spokane, Washington and Michael Anderson Elementary School in Avondale, Arizona.