Trending
You are at:Home»365 DAYS-OF-HISTORY»December 6 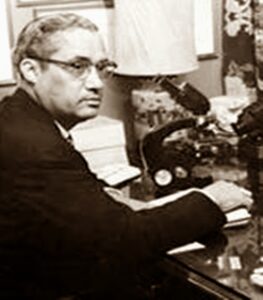 December 6, 1892 Theodore Kenneth Lawless, internationally known dermatologist, was born in Thibodeaux, Louisiana. Lawless earned his Bachelor of Arts degree in 1914 from Talladega College, his medical degree in 1919 and Master of Arts degree in 1920 from Northwestern University, and completed graduate work in dermatology at Columbia University in 1920. From 1924 to 1941, Lawless served on the faculty of Northwestern University where he gained wide recognition for his research into the treatment and cure of syphilis and a host of other skin diseases. Despite his international reputation, his tenure at Northwestern was marked by racism and he left after failing to receive a promotion that he felt he deserved. Lawless also had a private practice that drew patients of all ethnic, racial, and economic backgrounds in search of cures and treatments for rare skin disorders. During the 1940s and 1950s, Lawless served as president of the Service Federal Savings and Loan Association, a bank that helped to finance black businesses, and a real estate enterprise that worked to promote low cost housing. By the 1960s, he was listed on Ebony Magazine’s list of 35 Negro millionaires. Over his lifetime, Lawless donated considerable sums to black educational institutions, including Dillard University where a chapel was established in his name. He also provided scholarship money for black students and sponsored African medical students at United States medical schools. Among the many honors and awards he received were the 1929 Harmon Award in Medicine and the 1954 Spingarn Medal from the NAACP. Lawless died May 1, 1971.