Trending
You are at:Home»365 DAYS-OF-HISTORY»August 31 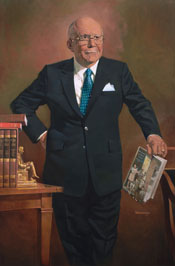 August 31, 1907 Augustus Freeman Hawkins, the first African American to represent California in Congress, was born in Shreveport, Louisiana. Hawkins earned his Bachelor of Arts degree in economics from the University of California in 1931. In 1935, he was elected to the California State Assembly where he served until 1963. In 1963, he was elected to the United States House of Representatives where he authored legislation to establish the Equal Employment Opportunity Commission, the Job Training Partnership Act, the School Improvement Act, and the Humphrey-Hawkins Full Employment Act. Over his career, Hawkins authored more than 300 state and federal laws. Hawkins was also a founding member of the Congressional Black Caucus. Hawkins retired from Congress in 1991 and died November 10, 2007. The Augustus F. Hawkins Natural Park and the Augustus F. Hawkins Mental Health Center in Los Angeles, California are named in his honor.