Trending
You are at:Home»365 DAYS-OF-HISTORY»August 30 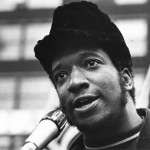 August 30, 1948 Fred Hampton, Sr., activist and assassinated Black Panther leader, was born in Chicago, Illinois, but grew up in Maywood, a suburb of Chicago. At an early age, Hampton became active in the NAACP Youth Council, assuming leadership and growing the organization to 500 members. He worked to get more and better recreational facilities established in the neighborhoods and to improve educational resources for the impoverished community. In 1968, Hampton returned to Chicago and joined the Black Panther Party. One of his major accomplishments was the brokering of a nonaggression pact between the city’s most powerful street gangs. When he became leader of the Chicago chapter, he organized weekly rallies, taught political education classes, launched a free breakfast program, and started a project for community supervision of the police. In 1967, the FBI opened a file on Hampton that over the next two years grew to over 4,000 pages. In the pre-dawn hours of December 4, 1969, the Chicago police raided Hampton’s apartment, killing Hampton and Mark Clark and seriously wounding four others, including two females. A federal grand jury determined that the police fired between 82 and 99 shots while most of the occupants were sleep. Only one shot was proven to have come from a Panther gun. Their deaths were chronicled in the 1971 documentary film “The Murder of Fred Hampton.” The families of Hampton and Clark filed a civil suit against the city, state, and federal governments which was eventually settled for $1.85 million. In 2004, the Chicago City Council passed a resolution commemorating December 4, 2004 as “Fred Hampton Day.” A street was named in his honor in Maywood.