Trending
You are at:Home»365 DAYS-OF-HISTORY»August 23 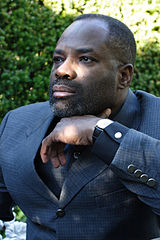 August 23, 1954 Phillip Emeagwali, engineer, computer scientist, and geologist, was born in Akure, Nigeria. Emeagwali. He dropped out of school and was inspired by his fathers’ discipline, and went on to earn his Bachelor of Science degree in mathematics from Oregon State University in 1977, his Master of Science degree in civil engineering from George Washington University in 1981, and his Master of Arts degree in applied mathematics from the University of Maryland in 1986. In 1989, he was one of two winners of the Gordon Bell Prize, considered the Nobel Prize of computing, his discovery of the Connection Machine supercomputer ignited the Internet. That machine consisted of over 65,000 parallel processors to help analyze petroleum fields. Emeagwali earned his Ph. D. in scientific computing from the University of Michigan in 1993. He has received numerous other awards and recognition and was voted the greatest African scientist of all time in a survey by New African magazine.