Trending
You are at:Home»365 DAYS-OF-HISTORY»August 12 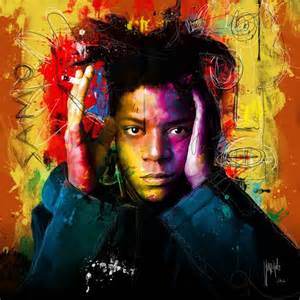 August 12, 1988 Jean-Michel Basquiat, the first painter of African descent to become an international art star, died. Basquiat was born December 22, 1960 in Brooklyn, New York. By the age of 11, he was fluent in French and Spanish. Basquiat dropped out of high school and started as a graffiti artist. By 1982, he had become part of the neo-expressionist movement and was showing his work regularly. In 1985, he appeared on the cover of The New York Times Magazine in a feature entitled “New Art, New Money: The Marketing of an American Artist.” Examples of Basquiat’s representation of his heritage in his work include “Irony of Negro Policeman” (1981) and “Untitled (History of the Black People)” (1983). Several major museum retrospective exhibitions of his work have been held since his death, including the Whitney Museum of American Art and the Brooklyn Museum. His works sell for millions of dollars. In 2007, an untitled work from 1981 sold for $14.6 million. In 1996, a film biography titled “Basquiat” was released and in 2009 a documentary film, “Jean-Michel Basquiat: The Radiant Child,” was released.