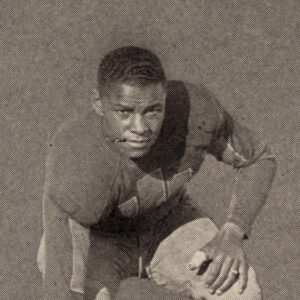 At the end of the 1901 season, Wooster played the Shelby Blues in a two-game series. Follis’ performance brought him to the attention of the Shelby team manager, Frank C. Schiffer, who decided he wanted Follis to play with his team, not against them. He secured Follis for his team and set him up with a job at a local hardware store. Charles’ working hours were arranged so that he could both practice and play football.

Charles missed the early part of the season due to an injury, however he did return in the second half of the season. Finally, on Thanksgiving Day 1906, while playing against the Franklin Athletic Club of Cleveland, he suffered another injury, though this one ended his career.

While Follis’ professionalism was reported by the local press, his role as the first black professional football player was not known by sports historians until many years later. In 1975, researchers rediscovered halfback Follis’ on-the-field-achievements while reviewing old pages of the Shelby Daily Globe, with the goal to locate evidence that Follis had played as a professional. After hours of examining the tattered newspapers, researchers finally came across an article in the September 16, 1904 edition that announced Follis had signed a contract for the upcoming season.

One of Follis’ Shelby teammates during the 1902 and 1903 seasons was Branch Rickey. Rickey would later become the general manager of baseball’s Brooklyn Dodgers and Pittsburgh Pirates. He was often hired to play for Shelby while attending nearby Ohio Wesleyan University.

Rickey also played against Follis on October 17, 1903, when he ran for a 70-yard touchdown against the Ohio Wesleyan football team. It is highly probable that Rickey’s first-hand observation of Follis influenced his decision to sign Jackie Robinson to a Major League Baseball contract in 1947, breaking baseball’s color barrier