Trending
You are at:Home»365 DAYS-OF-HISTORY»April 25 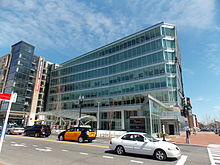 The United Negro College Fund, or UNCF, is an American philanthropic organization that funds scholarships for black students and general scholarship funds for 39 private historically black colleges and universities. The UNCF was incorporated on April 25, 1944 by Frederick D. Patterson (then president of what is now Tuskegee University), Mary McLeod Bethune, and others. The UNCF is headquartered at 1805 7th Street, NW in Washington, D.C In 2005, the UNCF supported approximately 65,000 students at over 900 colleges and universities with approximately $113 million in grants and scholarships. About 60% of these students are the first in their families to attend college, and 62% have annual family incomes of less than $25,000. UNCF also administers over 450 named scholarships.

The UNCF’s president and chief executive officer is Michael Lomax. Past presidents of the UNCF included William H. Gray and Vernon Jordan.