Trending
You are at:Home»365 DAYS-OF-HISTORY»April 22 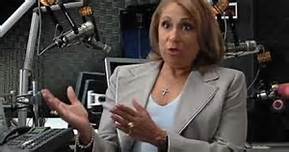 April 22, 1947 Cathy Hughes, business executive and radio and television personality, was born Catherine Elizabeth Woods in Omaha, Nebraska. Hughes started in radio as an administrative assistant at Howard University’s radio station and by 1975 had risen to vice president and general manager. In 1979, she and her then husband formed Radio One and bought their first radio station in 1980. In 1987, Hughes bought her second radio station and in 1999 Radio One became a publicly traded company, the first African American female owned company on the stock exchange. Today Radio One owns and/or operates 54 radio stations in 17 urban markets across the country. In 2004, she launched TV One, a national cable and satellite television network which currently serves 54 million households. Hughes serves on the board of Piney Woods Country Life School.