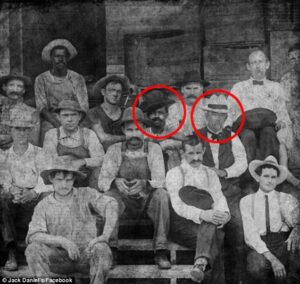 LYNCHBURG, Tenn. — every year, about 275,000 people tour the Jack Daniel’s distillery here, and as they stroll through its brick buildings nestled in a tree-shaded hollow, they hear a story like this: Sometime in the 1850s, when Daniel was a boy, he went to work for a preacher, grocer and distiller named Dan Call. The preacher was a busy man, and when he saw promise in young Jack, he taught him how to run his whiskey still — and the rest is history.

Beginning on the 150th anniversary of Jack Daniel’s, and the distillery, home to one of the world’s best-selling whiskeys, it started using the occasion to tell a different, more complicated tale. Daniel, the company now says, it didn’t learn distilling from Dan Call, but from a man named Nearis Green — one of Call’s slaves.

This version of the story was never a secret, but it is one that the distillery has only recently begun to embrace, tentatively, in some of its tours, and in a social media and marketing campaign this summer. “It’s taken something like the anniversary for us to start to talk about ourselves,” said Nelson Eddy, Jack Daniel’s in-house historian.

Frontier history is a gauzy and unreliable pursuit, and Nearis Green’s story — built on oral history and the thinnest of archival trails — may never be definitively proved. Still, the decision to tell it resonates far beyond this small city.

For years, the prevailing history of American whiskey has been framed as a lily-white affair, centered on German and Scots-Irish settlers who distilled their surplus grains into whiskey and sent it to far-off markets, eventually creating a $2.9 billion industry and a product equally beloved by Kentucky colonels and Brooklyn hipsters.

Left out of that account were men like Nearis Green. Slavery and whiskey, far from being two separate strands of Southern history, were inextricably entwined. Enslaved men not only made up the bulk of the distilling labor force, but they often played crucial skilled roles in the whiskey-making process. In the same way that white cookbook authors often appropriated recipes from their black cooks, white distillery owners took credit for the whiskey.

In deciding to talk about Green, Jack Daniel’s may be hoping to get ahead of a collision between the growing popularity of American whiskey among younger drinkers and a heightened awareness of the hidden racial politics behind America’s culinary heritage.

The Black man next to Jack Daniel in the picture is most likely Nearis Greens’ son.