Trending
You are at:Home»365 DAYS-OF-HISTORY»April 12 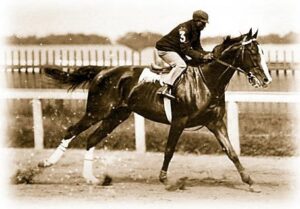 April 12, 1882 James “Jimmy” Winkfield, jockey, horse trainer, and the last African American to ride a winner in the Kentucky Derby, was born in Chilesburg, Kentucky. Winkfield began his career as a jockey in 1898 and rode in the Kentucky Derby for the first time in 1900, finishing third. He rode in the derby the next three years, winning in 1901 and 1902 and finishing second in 1903.

Later that year, Winkfield immigrated to Russia where he was greeted as a celebrity and in the name of Czar Nicholas II competed at racetracks all over Europe. The Russian Revolution caused him to leave the country in 1917 and move to France where he resumed racing, winning numerous prestigious races. Winkfield retired from racing at the age of 50, having won more than 2,500 races, and began a successful career as a horse trainer. Winkfield died March 23, 1974 and was posthumously inducted into the National Museum of Racing and Hall of Fame in 2004.

The Jimmy Winkfield Stakes at Aqueduct Racetrack is run in his honor. Several biographies have been written about Winkfield, including “Wink: The Incredible Life and Epic Journey of Jimmy Winkfield” (2004) and “Black Maestro: The Epic Life of an American Legend” (2006).