Trending
You are at:Home»365 DAYS-OF-HISTORY»April 1 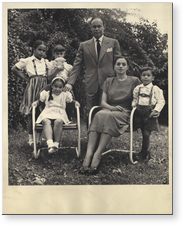 April 1, 1950 Charles Richard Drew, physician and medical researcher, died from injuries suffered in a car accident. Drew was born June 3, 1904 in Washington, D.C. He earned his Bachelor of Arts degree from Amherst College in 1926 and in 1933 earned his Master of Surgery and Doctor of Medicine degrees from McGill University in Montreal, Canada, finishing second in his class of 127 graduates. He returned to the United States in 1935 as an instructor at Howard University.

Drew researched in the field of blood transfusions, developing improved techniques for blood storage and developing large-scale blood banks which saved thousands of lives during World War II. In 1943, Drew became the first black surgeon to serve as an examiner on the American Board of Surgery and in 1944 he was awarded the Spingarn Medal by the NAACP.

There are a number of schools and medical centers named in Drew’s honor around the country, including the Charles R. Drew Junior High school in Detroit, Michigan. In 1981, the United States Postal Service issued a commemorative postage stamp in Drew’s honor. Biographies of Drew include “Charles Richard Drew: Pioneer of Blood Research” (1967) and “Pioneer in Blood Plasma: Dr. Charles Richard Drew” (1968). Drew’s name is enshrined in the Ring of Genealogy at the Charles H. Wright Museum of African American History in Detroit, Michigan.