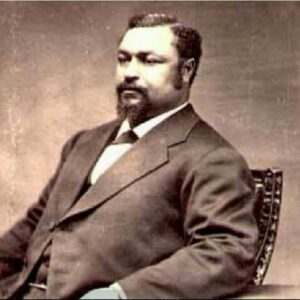 Caldwell, a blacksmith, was born into slavery near Clinton,Mississippi and later became an elected state senator in Mississippi. He was the husband of Margaret Ann Caldwell. In 1868, Charles Caldwell and the son of a judge were involved in a shootout that left the judge’s son dead. Caldwell was tried by an all-white jury and found not guilty; he was the first African American in Mississippi to kill a white man and be found not guilty by the courts. Caldwell continued as a state senator and helped write the state constitution. He would later command an African American militia troop in Clinton, MS, and try unsuccessfully to prevent a race riot. The riot lasted for four days, and on Christmas Day, 1875, Caldwell was gunned down by a gang of whites.