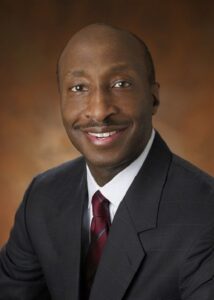 December 17, 1954 Kenneth C. Frazier, the first African American to lead a major United States pharmaceutical company, was born in Philadelphia, Pennsylvania. Frazier earned his Bachelor of Arts degree in political science from Pennsylvania State University in 1975 and his Juris Doctorate degree from Harvard Law School in 1978. He was a partner in a private law firm prior to joining Merck & Co. in 1992. In 1999, Frazier was appointed senior vice president and general counsel and from 2007 to 2010 he served as executive vice president and president of the global human health unit. In 2010, Frazier was appointed president of the company and in 2011 Chief Executive Officer.