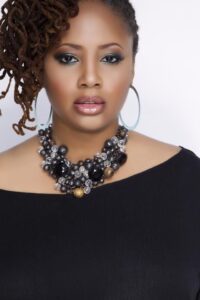 In 1991, Hathaway released her extended play, Night & Day in Japan and A Moment was released in 1994, debuting at #34 on the Top R&B Album chart. The lead single “Let Me Love You” charted on the Hot R&B Charts at number 37. In 1999, Lalah Hathaway collaborated with Joe Sample and released her third album The Song Lives On. After a five-year hiatus, Hathaway returned with her fourth album Outrun the Sky. The single “Forever, For Always, For Love” peaked #1 on the Hot Adult R&B Airplay.

Lalah Hathaway was born in Chicago, Illinois, as the daughter of Donny Hathaway a soul singer, and Eulaulah Hathaway, an accomplished musician she has continued this family legacy. Hathaway attended the Chicago Academy for the Arts and first put pen to paper as a 10th grader.  In 1989 she signed with Virgin Records and released her first song, Inside the Beat, and as a student at Berklee College of Music she recorded her self-titled debut in 1990.